Recently I got to catch up with Chase Myska, a street team member who has achieved incredible success promoting for Backwoods at Mulberry Mountain through PromoJuice. Here is what Chase had to say:

Great man! Thanks for asking.

So how did you find out about PromoJuice?

I don't recall exactly who, but one of my friends promoted for the festival last year and they had signed up for PromoJuice. I was already planning on going to Backwoods, so I figured I would join the street team and try and earn a free ticket for myself.

So tell us about Backwoods at Mulberry Mountain. How were you introduced to the festival?

I was introduced to Backwoods when they moved the festival to Mulberry Mountain in Arkansas. I have a long history at Mulberry Mountain dating back to Wakarusa 2011, which was the first festival I ever attended. I have a really strong connection to that area, and a lot of great memories have been had there. I love the mountain, it's my favorite venue by far. My wife and I have travelled all over the Country to a bunch of different venues, and we enjoy Mulberry Mountain the most. It also doesn't hurt that it's only a 45 minute drive from where I live!

Congratulations on being the #1 street team member currently for Backwoods at Mulberry Mountain 2019! With over 250 people on the team, that's quite an accomplishment. What has your experience been like promoting for Backwoods?

Oh man, it's been awesome. For one, I haven't heard of any other festivals that offer commission on ticket sales besides Backwoods, so the fact that I've been earning commission through PromoJuice is a major perk for me... that alone is a great motivator. Also, PromoJuice makes selling tickets very easy. With the use of the internet and various ways to accept payment, I can sell someone a ticket practically at any time without having to meet up with them in person. And because PromoJuice has been around for several few years now, people trust in the software. Even if they don't know me personally, they are willing to deal with me because they know I'm selling tickets through PromoJuice, so they know they will receive an authentic ticket from me.

How much revenue have you generated for Backwoods this year through PromoJuice?

I know! People really love the festival. I have had several customers who have spent over $1,000 with me on Backwoods tickets. RV passes and campsite upgrades have really helped out with that.

And the festival is still over a month away. Do you have any more sales lined up?

Oh yeah... I have several friends who have procrastinated and still have to buy their tickets. I'm hoping to sell a ton more tickets before the festival rolls around.

What kind of rewards have you gotten for all of your efforts so far?

I've earned two full weekend passes for myself and my wife... one early arrival pass, and I've also earned $100 in Backwoods merch. On top of that, if I'm able to maintain the lead that I have right now on the team, Backwoods is giving away two backstage passes to the top performing street team member as a grand prize, so I really I hope I win that. And that's not even including my commission. I've received over $400 in my bank account from PromoJuice so far thanks to all of the tickets I've sold.

That's amazing! Are you using PromoJuice to promote any other events besides Backwoods right now?

Not at the moment, but I have used it for other festivals in the past. I used it for another festival last labor day, but that festival ended up getting cancelled unfortunately. It's gotten to the point where I'm more inclined to check out a festival if they are using PromoJuice, because I know that I can earn myself free tickets to it.

So how does using PromoJuice compare to what you were doing in the past?

Festivals I've worked with in the past usually gave me codes to give out to my customers, which gave them discounts on tickets that they bought. The problem was, I had no way of knowing whether my customers used the code or not, because I couldn't see how many tickets I sold. I had to trust that they used my code, and sometimes they forgot. It was really difficult keeping track of how many tickets I was selling. Having an app that allows me to easily sell tickets from my phone, and tracks everything that I do, is really fantastic.

Would you recommend PromoJuice to a friend?

Yeah absolutely. If you're like me and you like to promote festivals, you should definitely use PromoJuice. And I think that any events out there that manage street teams should use the program.

What advice would you give to street team members out there who are just getting started?

First and foremost, the best advice I would give is to have integrity. In general, by having integrity in your life, you are going to develop relationships and trust with people. When it comes time to sell someone something, they already trust you and are more likely to buy. The next thing I would say is utilize social media as much as you can. I can't tell you how many posts I've made... well over 300 posts so far just for Backwoods alone this year. But all of those social media posts eventually lead to someone purchasing a ticket from me - whether that's someone I know personally, or someone who was sent my way from somebody who I did know. Also, the memes I've created and posted to sell more tickets have really been a hit.

Haha, yeah. They've evolved I guess. At first I just thought it would be funny, and then it kind of just blew up. Now a lot of people know me for my Backwoods memes.

Anything else you want to add? Any shout-outs?

I would just say for anyone that wants to be a street team member, you have to commit to doing it. Once you start, really push through until the end. There's been many days where I didn't sell any tickets, and then one day I would sell over $2,000 in tickets. You really never ever know. So push through, even if it doesn't feel like you are getting anywhere. If you keep it up, eventually it will happen.

Awesome man. Well I appreciate you taking the time to share your story, and it's inspiring to watch your success. Keep on killing it!

For sure. Thank you!!

Check out some of Chase's social media posts below: 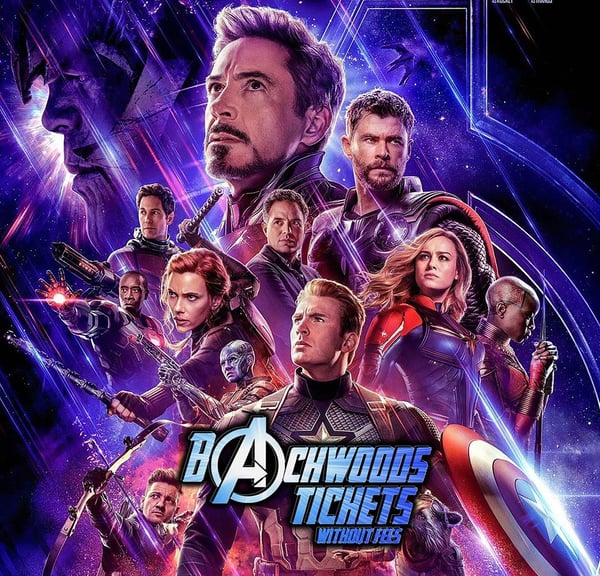 How to Successfully Host and Market a Virtual Event

How to Sell Tickets on Your Facebook Event for Free

PromoTix is a free ticketing platform for event creators that charges no ticket service fees to organizers or attendees that buy and sell tickets on Facebook.

SEO for Events and Venues

Introduction - Optimizing Search for Event Listings The success of your venue and events depends on your ranking in the search engines. We all know this, but not many of us know exactly what it takes to rank in search engines to sell more tickets. This SEO Guide for Venues and Events is based on Google's best practices for ranking, tweaked specifically for venues and events.